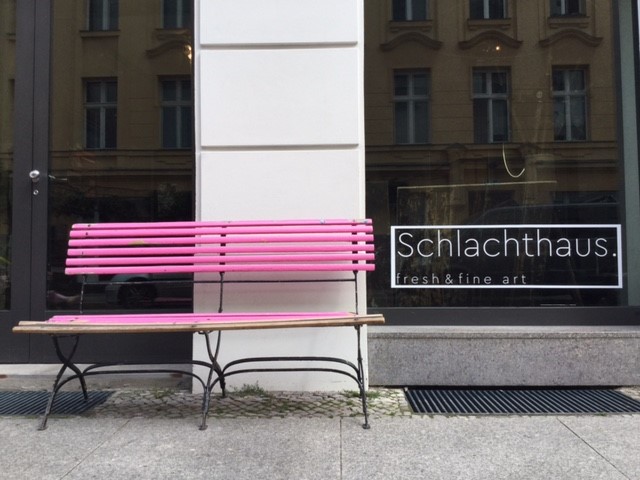 SevenStarGallery is an extraordinary exhibition space in Berlin’s Mitte district. Founded by the mime, photographer, artist, gallerist, and storyteller Thorsten Heinze, it is located in the Scheunenviertel—the “barn” district. The neighborhood is steeped in history and was once home to some of the city’s very poorest residents and, until just before War World II, to many of Berlin’s Jews.

Heinz, who describes his photographic work as striving to make the invisible visible, sees himself as a sculptor who models with light. The exhibition space he created on the street and basement levels of Gormannstrasse 7 bears witness to the past generations of one very old building. Newspaper articles and layers of paint once hidden beneath East German wallpaper have come back to light. The old planks still creak, and the long-forgotten spring in the cellar has returned.

Heinze’s SevenStarGallery is a place that tells stories, a place where every square inch of wall space constitutes a work of art in itself. At the same time, it is a place that breathes, a site laden with the energy of decades-old memories. It is a place of such spirituality that works of art must be placed in it with the greatest care—interwoven rather than merely being exhibited, let alone simply put on offer.

The history of Berlin’s Scheunenviertel – the old Jewish quarter where livestock were once housed and sold – lives in these rooms and behind these sober brick walls, a neighborhood as steeped in mystery as it was tested by sorrow after 1933. The traces of life can be sensed as well as seen in this space, which forms a kind of intentional stumbling block. Nothing is hidden here, nothing is papered over.

For Heinze’s activities as a mime, dancer, and performer, the rooms he created at Gormanstrasse 7 embody the tension between presence and absence, between past and present. As such they offer both the means and the possibility of holding fast to the “unknown” that he continually seeks.

Using the poles Heinze has established in the SevenStarGallery, he provokes an unmediated confrontation between the visitor and the realm outside of the everyday and a lively exchange between people and art. The old spring that Heinze discovered in the cellar and brought back to life symbolizes another kind of spring: a source of potential encounters taking place within the space.

Heinze primarily shows contemporary photography but also uses the space for performance, and starting in June of 2017, he will be collaborating with Constanze Kleiner and Stephan von Wiese of Schlachthaus.fresh&fine art to show work by contemporary artists. That collaboration’s inaugural show is entitled “We All Love Art” and is curated by Ryszard Wasko within the context of his larger Berlin exhibition project, NEW SENSITIVITY.